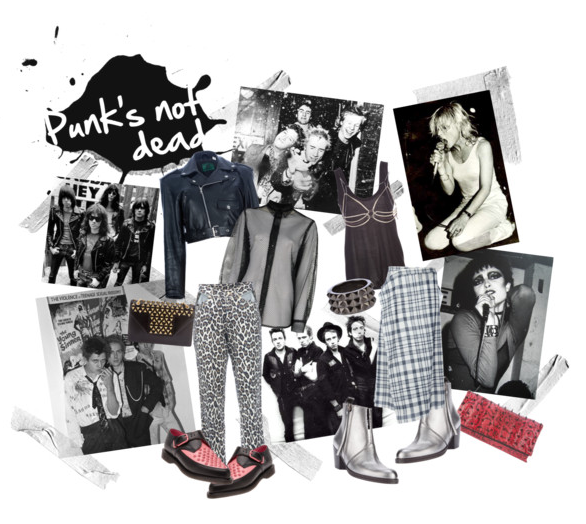 Punk and fashion have a long and complicated history. And fashion’s love affair punk movement is far from over. As this year’s Met Ball has proven…

The first wave of punk rockers could hardly imagine that they’d still be influencing fashion designers in 2013.
Punk music became massive in the 1970s in Britain, America and Australia and seemed to speak to a growing group of dissatisfied youths.

Some of the hottest punk bands included the Clash, the Ramones, the Sex Pistols and the Rolling Stones in their early years. Some say that punk only lasted for 100 days when the Rolling Stones played at the Roxy Club in London. But it wasn’t long before the media jumped on the bandwagon and what was once an underground movement went mainstream.

Punk wasn’t just about the music, though — it was an entire anti-establishment subculture that was inherently anarchic. Many punks were hugely political and held views about how society should be governed, the Monarchy, equality issues (many punks tended to be from the working class) and felt very strongly about certain politicians like Margaret Thatcher.

The punk uniform consisted of mohawks, bright hair, tight trousers and distressed tank tops. Leather, studs and skull motifs were the order of the day and piercings were popular too. There was also an interest in using everyday objects like masking tape, safety pins and bin bags for fashion purposes.

But while British punks used fashion to express their political views and associate themselves with punk culture, some American punks became entirely anti-fashion in a reaction against materialism and the fashion industry.
With its rebel heritage and sense of daring, dangerous adventure, it’s no wonder that designers have turned to punk for inspiration.

Some of the most iconic looks in fashion history have been influenced by punk, like Elizabeth Hurley’s career-making safety pin dress by Versace and Moschino’s ball gown made from bin bags. Jean Paul Gaultier’s leather jackets scream punk attitude while Vivienne Westwood has long aligned herself with punk sensibilities. But it’s Zhandra Rhodes who’s considered to be the ‘high priestess of punk’, thanks to her daring, avant-garde creations and trademark pink hair. 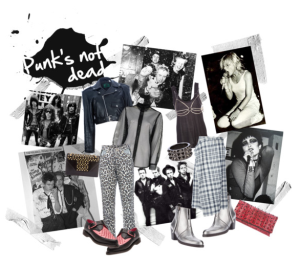 So where are we now? Anna Wintour’s Met Ball is the fashion event of the year. This year, she picked punk for her theme and the Metropolitan Museum is celebrating Punk’s fashion and artistic heritage with a blockbuster of an exhibition titled Punk: Chaos to Couture.

Not everyone is happy. Legs McNeil, founder of Punk magazine said high-end fashion designers have nothing to do with punk and the whole thing was a “masturbatory fantasy for Anna Wintour and Vogue.”

But what of the clothes?

We’re not seeing anything as obvious as mohawks on the catwalks, but punk’s enduring legacy is obvious. Designers like Moschino continue to give nods to the punk movement with their tartan creations, Lily Cole wowed in her punk-inspired Vivienne Westwood showstopper gown at the Met Ball and punk aesthetics can still be spotted in ranges by design houses like Alexander McQueen, Prada and John Galliano. Celebrities like Alice Dellal, Rihanna and Miley Cyrus are all channelling the punk movement with their looks too.

Why now? Maybe it’s the fact that, once again, we’ve been plunged into economic woes and inequality is becoming an issue. But it might just be that it was simply time, as fashion is a cyclical beast and we were bound to revisit punk eventually.

You might want to dress top to toe in punk clothes, but try incorporating one or two of these into your look:

Will you be sporting the punk look this season? 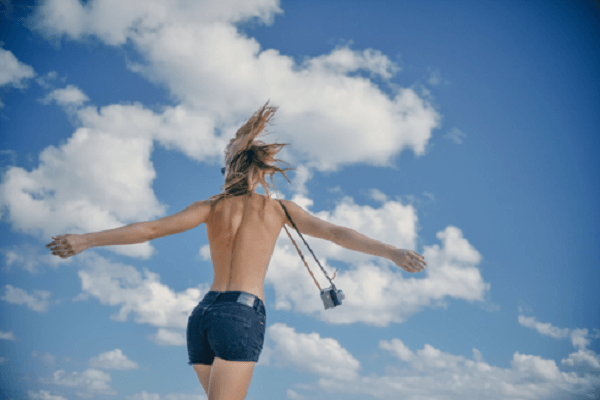 4 Natural Remedies to Get Firmer Breasts 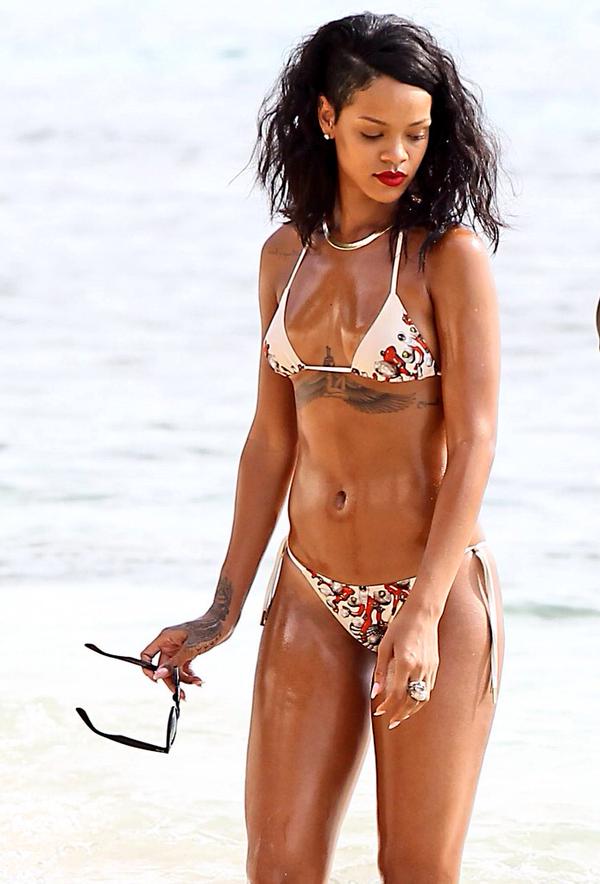 Celebrities that continue to inspire with the help of tattoos 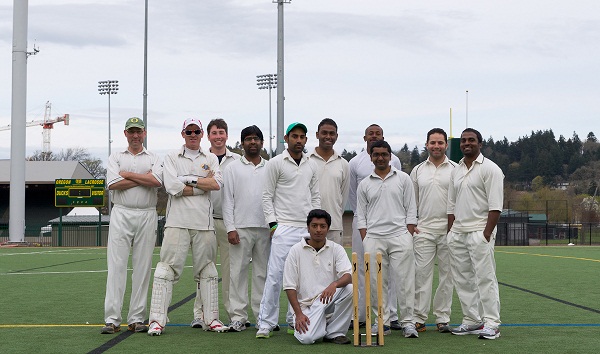